Jenny, her husband Jerry and two kids always had employer-sponsored health insurance and never thought much about their coverage, until one day Jerry was diagnosed with esophagus cancer.

"Four months later we had to stop our family coverage when Jerry had to stop working because of his cancer," said Jenny.

Jerry was able to stay on COBRA, but Jenny and the two kids went without insurance because they couldn't afford the premiums. Jenny eventually found a full-time job that offered employee-only insurance. Jenny purchased insurance for her children but the rates were very expensive. Shortly after Jenny went back to work, Jerry passed away.

"The premiums were taking up most of my paycheck," said Jenny.

Through MNsure and the Medicaid expansion, Jenny's children now qualify for Medical Assistance with no premium.

"I am so relieved knowing my kids have health and dental insurance, and not taking most my paycheck to pay for health insurance for them." 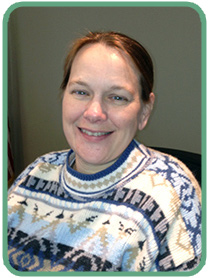