As a self-employed piano teacher, Mitch doesn't have employer-provided health insurance and hadn't thought much about coverage until it was time to purchase a policy.

When Mitch was 24 and still on his parents' health insurance, he was diagnosed with obsessive compulsive disorder. At the time, he didn't know what implications this would have for his eligibility for affordable health insurance later on. When he turned 26 and it came time to find his own health insurance, disappointment came when he received rejection letters citing pre-existing conditions. Mitch eventually enrolled in MCHA, paying a much higher premium than his peers and also receiving less valuable coverage.

Mitch checked out MNsure as soon as it opened, and was initially a little overwhelmed by all the options, but did end up finding a policy.

"I was thrilled to find that not only can I have a lower premium, but I also can cut my deductible in half and have five office visits with copays," said Mitch. "This is the kind of value I wanted two years ago when the insurance companies rejected me. It feels great to find a policy I like and actually be allowed to enroll in it." 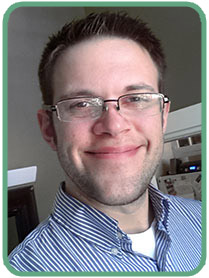