Dan is a 30-year-old policy director for a small nonprofit in St. Paul. Even with a shoestring budget, his organization has offered employees health insurance coverage. That said, the plan offered wasn't very helpful.

"To cover me, it cost my organization $361.45 per month for a plan with a $5,000 deductible," said Dan. "While I'm in relatively good health, I did my best to stay out of the doctor's office. It basically amounted to my organization making a donation to my insurer every month for the past few years. A serious health issue would likely have done me in financially."

In December 2013, after consulting with staff, Dan’s executive director and board decided to offer him and his coworkers a monthly stipend and sent them to MNsure.

"I had looked around at plans already and was impressed by what was offered and was excited to start shopping."

Dan spent a few weeks researching and comparing plans online, most of that time on MNsure. It took Dan a while to find a plan, mostly because it seemed like what he was reading was too good to be true.

"I decided on a platinum-level plan with a $750 deductible, along with a comprehensive dental plan, which my employer didn't previously offer. I now have better coverage than I've ever had and it's still going to save my organization $1,260 this year to cover me. I also don't have to worry about going broke if something unexpected happens. I'd call that win-win." 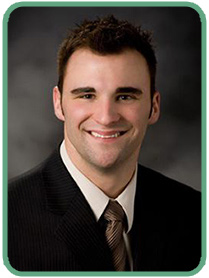