In June of 2013, Scott graduated from Lawrence University in Appleton, Wisconsin. After graduation he moved back home to Saint Paul and worked a few part time jobs until finding his first full time job in November.

"I was excited to find out my employer offered a health insurance plan with reasonable premiums and deductible," said Scott. "I joined the plan, used it for a few months and was very satisfied. I felt very fortunate to have found a job that offered such great insurance."

However, in February 2014, Scott's first student loan payment came due and, even though he knew it was coming, gave him quite the reality check. He began to search for any way to cut costs. Initially, he didn't think MNsure would be an option for him.

"I knew I would be ineligible for tax credits or subsidies since I had insurance through my employer that met minimum value standards, but I decided to check it out anyway," said Scott.

Scott was able to customize his search and find a gold plan that lowered his costs while allowing him to keep his current doctor. Scott's MNsure plan lowered his premiums to $208 a month and his deductible to $100, saving him more than $500 in a year.

"Thanks to MNsure I am covered, and I look forward to using that $500 for a deposit on an apartment!" 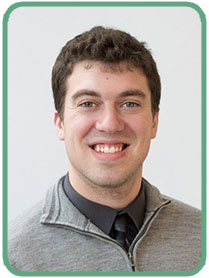